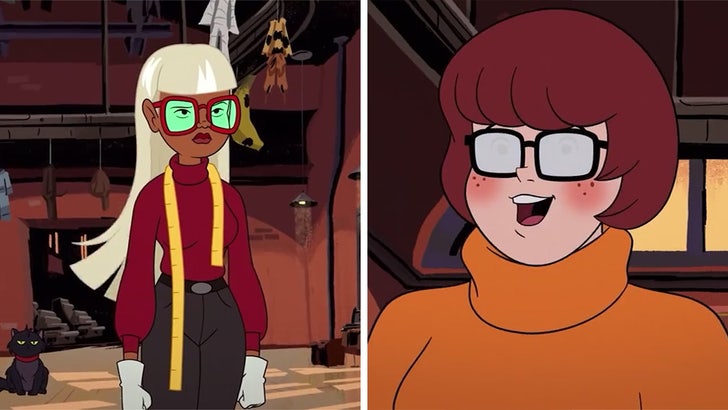 Velma’s into women — the character’s been confirmed as lesbian after years of fan theories — in a new cartoon ‘Scooby-Doo’ movie … and the LGBTQ crowd is all about it.

You see Velma blush as she takes in the sight of Coco, with her glasses fogging up and romantic music playing. Velma is also shown as admiring other characteristics of Cocos beyond just her looks, including her fashion sensibilities and intelligence.

Interestingly enough, Velma has been depicted as straight in the past … with a rebooted version of the series showing her as being in a relationship with Shaggy, although it’s been suggested by showrunners he was actually just a beard for her.

this my fave scene of her !! pic.twitter.com/V07OfY1nsS

Of course, people are overjoyed … including those in the gay and lesbian communities, who are praising the explicit depiction and the on-screen representation.

FWIW, it seems Coco’s lesbian too — and she also appears to be into Velma, calling her “cute” in another scene where they show a little affection and flirting.

Waiting for your permission to load the Instagram Media.

Velma being lesbian has long been suspected by the fan base — and it’s actually been stated as true by some creatives who’ve worked on ‘Scooby’ projects over the years … including James Gunn, who helmed the live-action adaptations, and producer Tony Cervone.

Unclear if the OG writers and the folks over at Hanna-Barbera ever saw it that way when they created Velma way back in the ’60s, but the people in charge of her now have spoken.